This subject guide provides access to the Unisa Library's key resources for Archaeology.

You are welcome to explore them and then to contact your Personal Librarian if you have any queries. Peer-reviewed articles are usually found in scholarly journals while popular or general articles often are found in popular magazines.

WorldCat Search Box
Searching for books and other resources
Use the library catalog to identify and locate books, video, audio and other material in our library. It is often best to begin with a detailed keyword search. Once you have identified an item that is within the scope of your research, use the subject headings found in the record describing it to locate similar materials. Also, when you retrieve a book from the shelf, you may wish to peruse the books shelved near it as they are likely to be on the same, or a related, subject. Use WorldCat to identify materials held by other libraries around the world. Most of these you will need to request via interlibrary loan should you wish to use them. ILLiad, our interlibrary loan system, is linked below. Please feel free to use the interlirbary loan service, but be sure you have planned for the time it will take for books to be shipped here. Articles are usually delivered electronically and, therefore, much quicker. Google Book Search offers certain advantages such as the ability to search the full-text of works as well as the ability to view the text of works that are no longer restricted by copyright. If you find something in Google Books that appears to be useful for your research, but you cannot view the book, be sure to check to see if the book is in our library. If not, you can place an interlibrary lon request.
Tips

Be careful when selecting information from websites as this information can be added by anyone.

Information from subject databases is more reliable than internet sites.

Archimedia I: Architecture in the Ancient Near East (University of Haifa)
Displays numerous views, plans and sections, and axonometric and computerized reconstructions of the pyramids, a Mycenean palace, and ziggurats.

Archimedia II: Architecture in Ancient Greece (University of Haifa)
Focuses on the temple, the agora and the private house.

ETANA (Electronic Tools and Ancient Near East Archives)
An electronic publishing project designed to enhance the study of the history and culture of the ancient Near East. Contains digitized core texts, an archival repository for archaeological data and site reports, English translations of Akkadian texts.  Includes Abzu, a guide to networked open access data relevant to the study and public presentation of the Ancient Near East and the Ancient Mediterranean world

Giza Plateau Mapping Project (Oriental Institute, University of Chicago)
A research site on the geology and topography of the Giza plateau, the construction and function of the Sphinx, the Great Pyramids, the associated tombs and temples, and the Old Kingdom town in the vicinity.

Israel Antiquities Authority, Jerusalem
Includes detailed information on archaeology in Israel, online access to the journal 'Atiquot,  and special topics such as face care and makeup in the ancient world, board games in ancient Israel, etc.  Links to the IAA Library.


Museums
There are numerous museums around the world with collections of ancient Greek and Roman art.  Below are several with major collections. 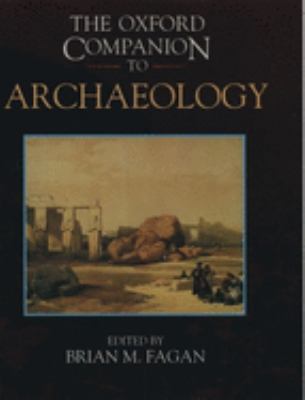